Sketch Saturday #309 Memory Box meets Digi Doodle OR "It started with a window box and grew from there!"


I've been away on holiday to Florida and crafting was put on the back burner in favour of doing some serious sunbathing.  I hope, therefore, that my teamies will forgive me for playing EVEN MORE FAST AND LOOSE THAN USUAL with Deb's great sketch which I used more as inspiration than as an actual design layout.
See what I mean... 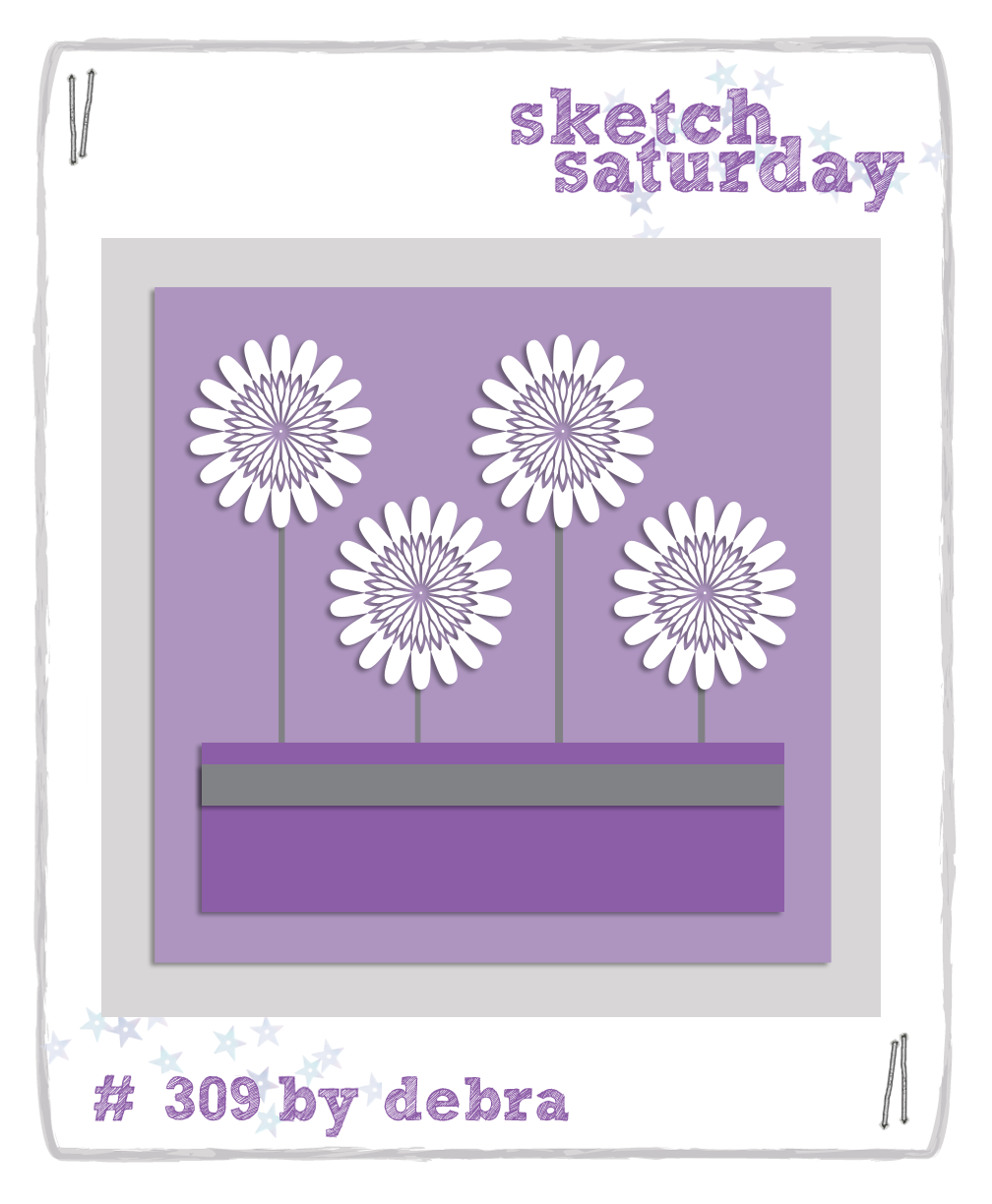 My cousin; the recipient of my card is fabulous at interior design and her homes always look like something you would see in a magazine so I decided to use not only my Memory Box Window Box but also the Grand Madison Window and Shutters for her card and created an entire window scene - inside and out. 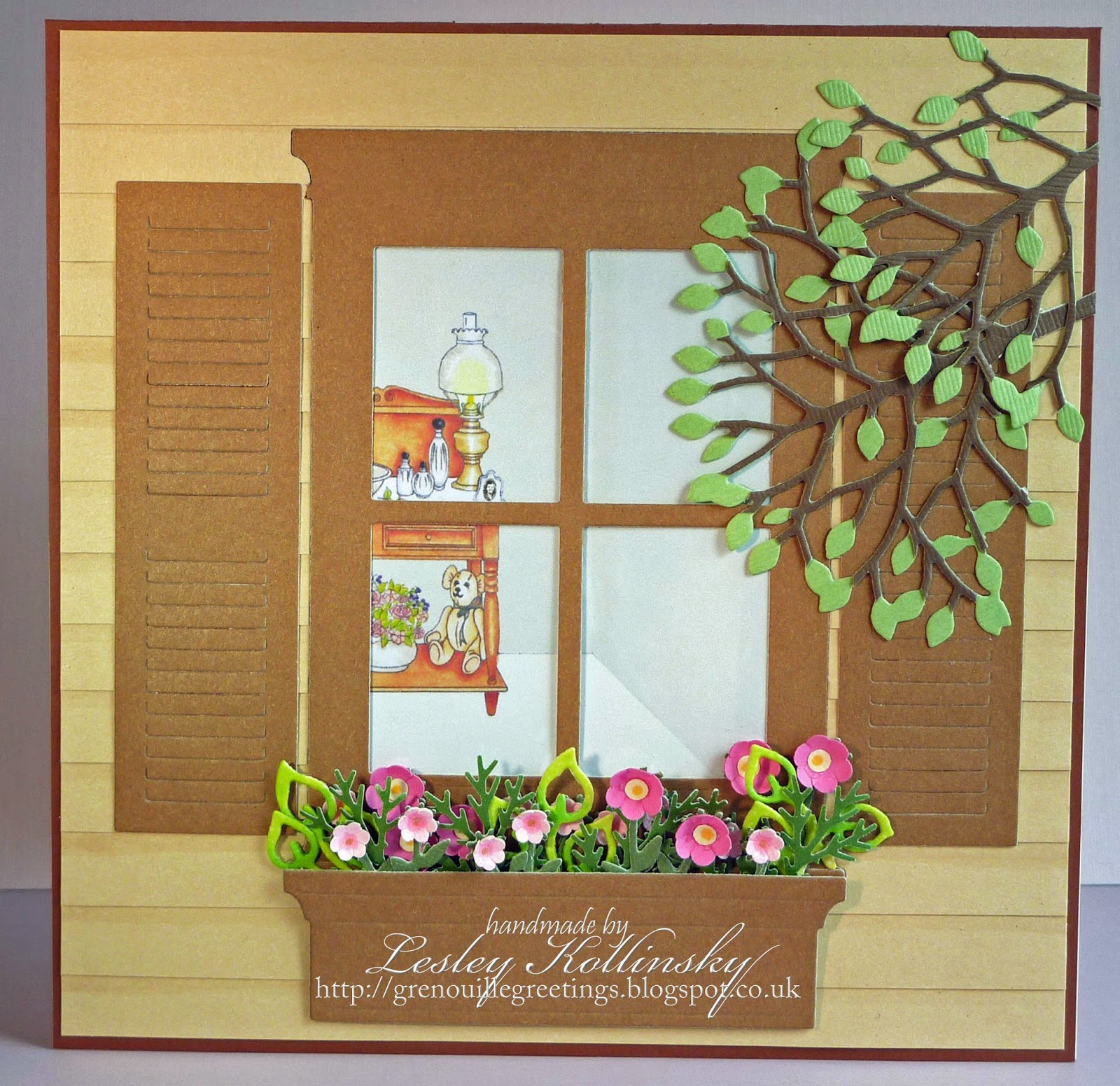 I made some sidings from plain card and had lots of fun with various punches and dies to fill the Window Box with flowers.  The lime green heart shaped leaves are Marianne Dies. The feathery fronds are a Martha Stewart punch and the flower stems and overhanging tree branches are by Memory Box.
I coloured a pretty little dresser I bought ages ago from the Digi Doodle Shop with Copics and it is visible through the acetate covered window although the acetate does not lend itself to photography and has turned my wood orange!   My cousin wouldn't have a teddy but I thought she would like the rest of the ornaments and I inserted a teeny tiny photograph of her late mother (my auntie) in the photo frame on the dresser.
Then I got even more carried away and made a base for an easel card.  I used a little more of my dresser for the base image and then magnified the image of my aunt in the photo frame.  The sentiment is PTI. 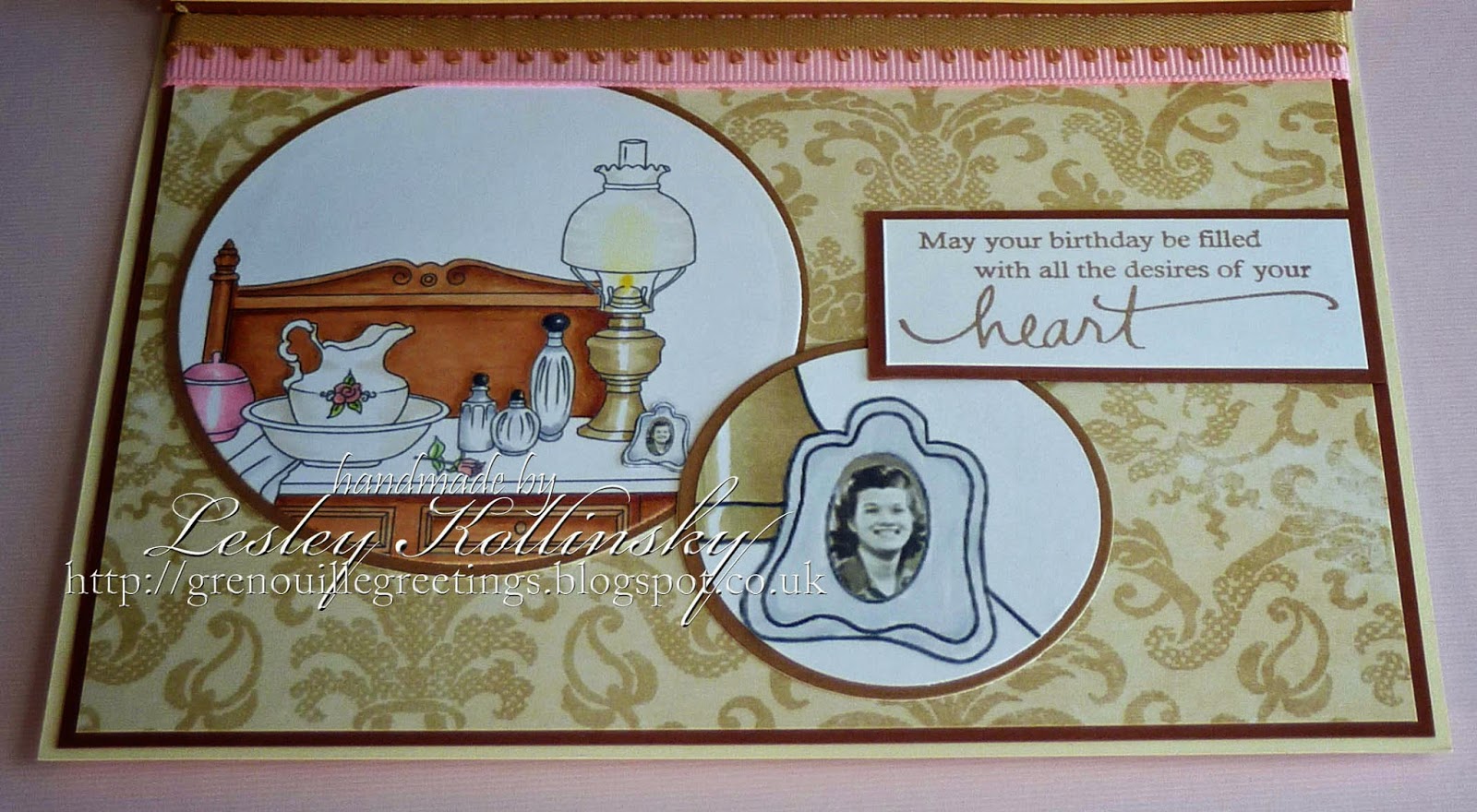 And here is the whole easel card opened up. 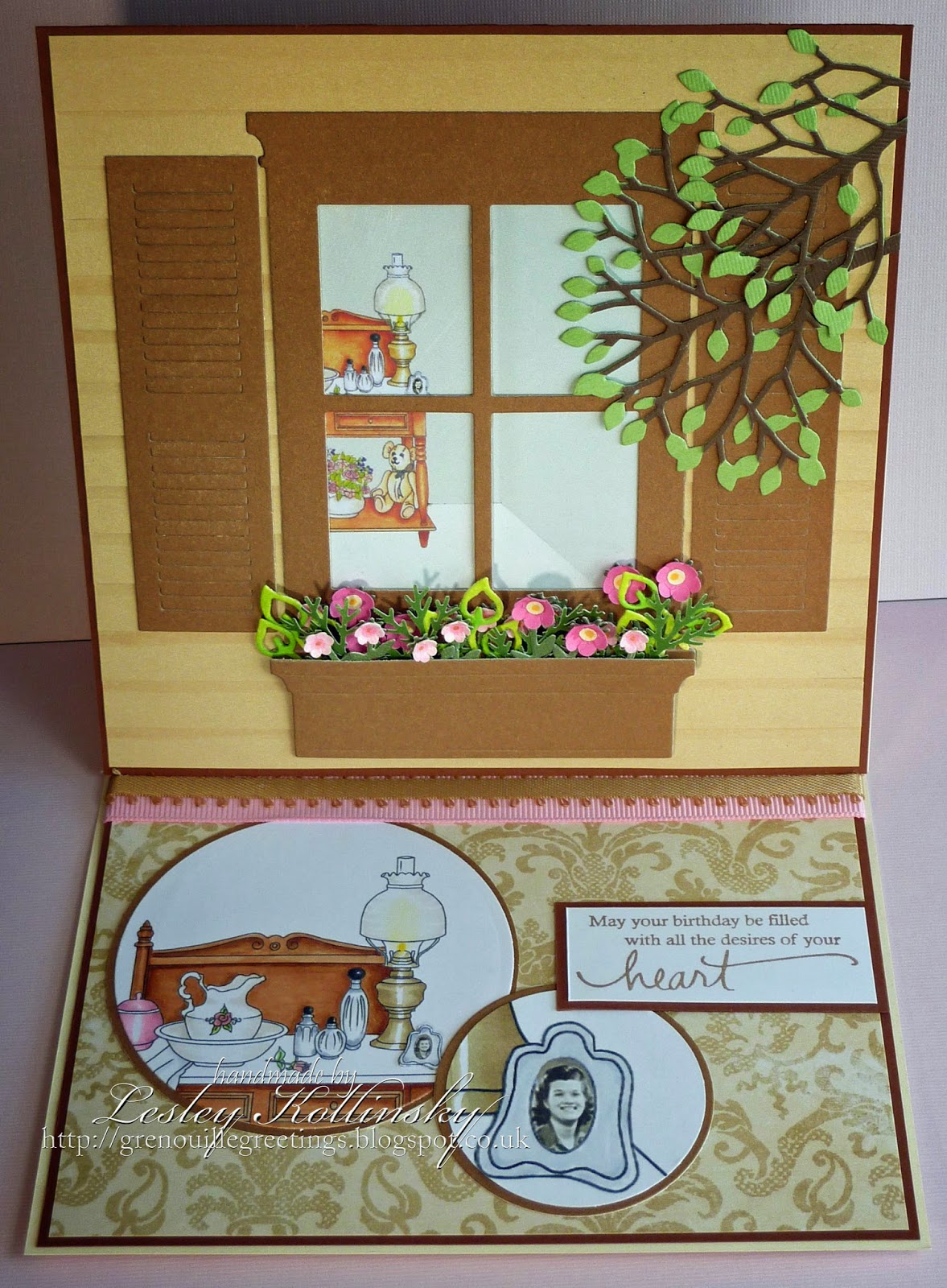 I would like to enter my card into the following challenges:
Anything Goes at:
Papertake Weekly, Loves Rubber Stamps and Stamping Sensations;
Spring Flowers at Simon Says Stamp; and
Flowers at The Ribbon Girl
Posted by Grenouille Greetings at 08:00

Oh my! What an awesome card! So detailed. Love it Lesley! Hugs, Deb

Stunning card, matey, just fabulous! Love the window box! Can't tell you how much I enjoyed today - thank you for everything, my fab WRMK birthday boards and all the extras, a yummy lunch, the crystal and a the shoulder! And I made a card, well nearly!xxxxx Juliexx

this is a precious card, luv the design and the adorable sweet flowers! Thanks for the inspiration! So glad you played along with Simon Says Stamp Wednesday Challenge!

Wow, Wow, Wow! Such a gorgeous card! Sure your cousin will love it very much! Thanks for joining us at Stamping Sensations this month and good luck!

This is a really super piece of work for our challenge Lesley, thanks so much for sharing your creativity with us at Stamping Sensations.

I really love your window box. Thanks so much for playing at Loves Rubberstamps.

This is so adorable!!! Thanks for playing with us over at Loves Rubberstamps!!!

I like how you used this sketch Lesley, very clever and a fab project to boot x

This is just gorgeous Lesley. Thanks for joining us at Stamping Sensations this month.
Pinky